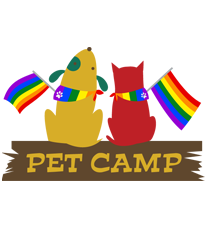 Where Does Your Charitable Donation Go?

The American Society for the Prevention of Cruelty to Animals (ASPCA) recently agreed to pay (that’s right PAY) $9.3 million to Ringling Bros. and Barnum & Bailey Circus over unproven claims brought by the ASPCA that the Circus abused elephants.

Now clearly no one wants any form of animal abuse and I, for one, haven’t been to a circus with animals since I was about 5 (which was a very long time ago indeed).  I want to make sure that there are people and entities watching for potential mistreatment, but I also want the to make reasonable decisions about when to run to the courts.  I don’t know the back story here and don’t know if the ASPCA tried to talk to the Circus about their concerns etc., to bring about change without resorting to litigation – but I do know that $9.3 million dollars buys a heck of a lot of food and veterinary care and could result in a whole lot of animals having a much better life.

5 Responses to “Where Does Your Charitable Donation Go?”

Today’s Cat Safari Hours:
8am to 11am