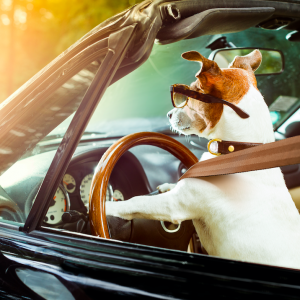 The default Pet Camp Express opportunity is Uber Pool or Lyft Line, not a private ride.  Just think how much less traffic there would be if each Uber or Lyft vehicle had five people in it, not just one!  If my math is right, we could get rid of 80% of the Uber and Lyft cars out there!  That would be amazing!  Think how much faster your camper could get home if there were 80% fewer Uber and Lyft cars in San Francisco!  But wait, if there were 80% fewer Uber and Lyft cars on the streets of San Francisco (that has a nice ring to it), would you still use the Pet Camp Express?  Man, we hope so!

Our drivers actually get trained on driving the Pet Camp Express vehicles on City streets!  Unlike that Uber or Lyft driver who doesn’t know where the Ferry Building is, our drivers train and practice by driving in the City before they are allowed to transport a camper.  Imagine how much faster we could move if Uber and Lyft drivers knew where they were going instead of having to rely on their phones to find those hard to spot locations like the SalesForce Tower.

Give us a call or check out this page for more on the Pet Camp Express and how you can sign up.