I hate to jump on the fake news bandwagon and especially when it comes to the New York Times (which is still delivered daily to my house in that famous blue plastic bag), but there are times when even I need to say “really?” Back in June I was reading the Times and found an article titled “Feline Food Issues – Whisker Fatigue May Be to Blame.” I had never heard of “whisker fatigue” but who was I, a lowly poop scooper, to question my New York Times? Well, it turns out, perhaps I should have trusted my whiskers. 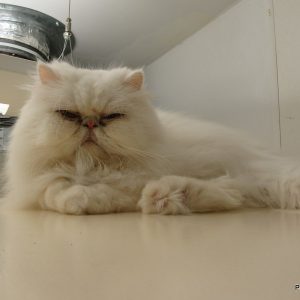 The crux of the Times article was that cats use their whiskers to feel things and when they are “forced” to put their face into a bowl to eat, their whiskers touch the sides of the bowls and it causes the cat stress. The remedy, it goes without saying, is to have bowls with special features that allow the cat to eat without having its whiskers touch the bowl, and don’t you know several of these bowls were featured in the article (could this be a case of print brand placement?). Notwithstanding my whiskers twitching, I deferred to my beloved New York Times.

Sadly, the August issue of dvm360 supports my suspicion. DMV360 notes that while the New York Times quotes bowl manufacturers about whisker fatigue, no veterinarians were quoted in the article. Moreover, while veterinarians reached out to by DVM360 agreed that a cat’s whiskers were sensitive and that a change in eating habits did merit investigation, the veterinarians uniformly felt that there was no data to support the notion of whisker fatigue.

So, what do you think? Did the New York Times fall into the fake news trap or are the veterinarians behind the times in cat care? Do you think your cat has whisker fatigue? Do you have fake news fatigue?