Rescue Groups Need to Protect Our Pets Too 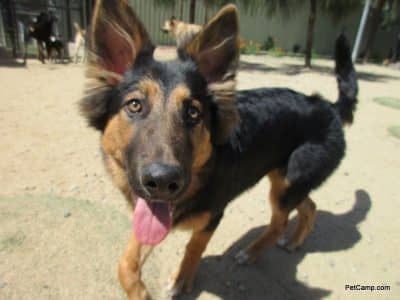 In San Francisco there are several rescue groups that are bringing dogs from Asia to the Bay Area.  These groups are acting with the most noble of intentions: to rescue dogs from dog-meat markets, extreme poverty, life on the streets and other deplorable situations. But sadly, as noble as these intentions may be, it appears that there may be a tragic side effect of these efforts.

A week or so back it was reported that 35 dogs in Los Angeles had contracted Canine Influenza Virus (CIV) and it appears that the dogs were infected by a contagious dog recently brought over from Asia by a rescue group.    This is not a call to close the borders, to build a wall, or to implement extreme vetting.  But this outbreak in Los Angeles does remind everyone that even the best of intentions can have negative impacts and that we need to make sure that we try and limit the unintended consequences of even our most altruistic actions.

So what does this mean here in San Francisco?  What actions should be taken to protect our dogs while still enabling the rescue groups to implement this critical and live saving work?  While nothing is foolproof, it does seem that a first and relatively easy step would be to require that all dogs rescued from Asia (and maybe other locations as well) be held by the rescue groups in a safe and secure environment isolated from other dogs for 30 days (it is currently thought that any CIV symptoms will show within 21 days of exposure).  We hope that our local elected officials, leaders of the animal welfare community (both those in non-profits and those in government), and the rescue groups themselves will take the necessary action to protect our pets.  Rescuing another pet, no matter how worthy the goal, should not put San Francisco’s pets at risk.