Giardia in Dogs: What You Need To Know

But in any event, this past weekend I took Tali to the dog park at the Upper Noe Valley Rec Center (the park is between Day and 30th Streets and between Sanchez and Church Streets in what used to be referred to as “Baja Noe” or “Upper Church Street.”)  There was the normal assortment of dogs and humans. 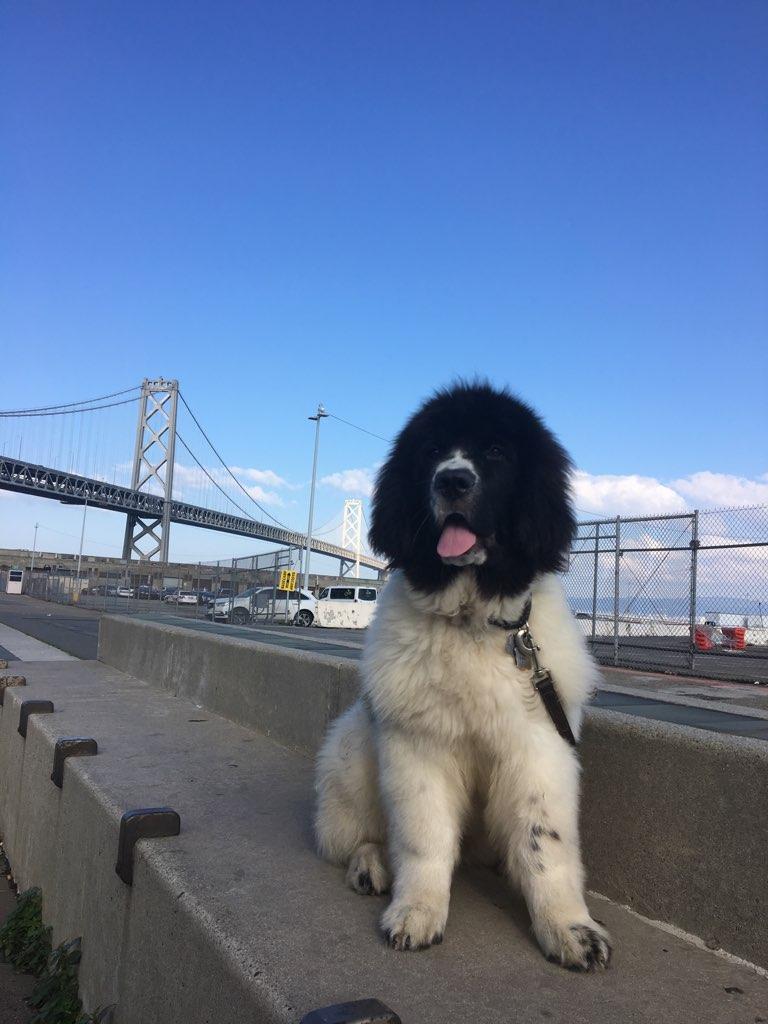 This is Talise, my adorable Newfie who definitely didn’t need to get Giardia at the dog park.

As is generally the case, I was completely comfortable with the dogs and much less so with the humans.  Here are some examples of the human stuff that makes me uncomfortable:

Sadly, I was adorned in a faded Pet Camp sweatshirt so I didn’t feel comfortable telling him “WTF!  You know your dog has Giardia and you’re at the dog park!?”

Well, it turns out that there were a number of pet parents who didn’t know what Giardia was or why I politely, but quickly, leashed up Tali and excused ourselves.  If you’re a San Francisco pet parent who frequents our local dog parks, here’s a quick Giardia summary.  Now, of course, I didn’t go to veterinary school so if your veterinarian has a differing view please defer to your veterinarian.

Giardia is a simple one-cell parasite with 7 different varieties (scientific folk call the types genotypes and label them A-F).  Giardia causes diarrhea in both people and animals and can be passed between dogs and people (it is a zoonotic disease).  A dog can have Giardia and not show any clinical symptoms.

A dog can catch Giardia by swallowing the cyst stage of the parasite.  The parasite tends to live in stagnant water (in San Francisco this can include both puddles during the rainy season and the saucers under a plant on your deck) BUT (and here’s the dog park part) it can also be in the excrement of an infected dog (so in the dog poop of an infected dog)!  A dog can catch Giardia by eating or even sniffing the cysts from the contaminated ground!

Now I’m no germaphobe when it comes to me or my dogs, but what was this guy thinking?  I understand that we all want to get our dogs out to play (especially when there’s a break in the rain), but please think about how bringing your dog to the park might impact the health of other dogs.

Pet Camp has been part of the San Francisco pet care community for over 20 years.  We have extensive experience in caring for dogs and cats with both behavioral and medical issues.  If you have a question about overnight care, doggie daycare or need bathing, training, or pet transportation give us a call.